The Pain of Strangers? But… but why?

The Pain of Strangers? But… Jilly. And Sam. But… but why?

The Pain of Strangers will be launched on Friday 11th February (if all goes according to plan). I’ve been lucky in that I have an awesome ARC team who is, right now, ploughing through the 92k words. Some have already finished, and have reported back.

Murder, mayhem, mystery and Eddie’s inimitable dark humour make this a must read!!

But this little blog post isn’t here to boast about the wonderful words they’re writing in their reviews – and they are wonderful! (told you I was lucky). 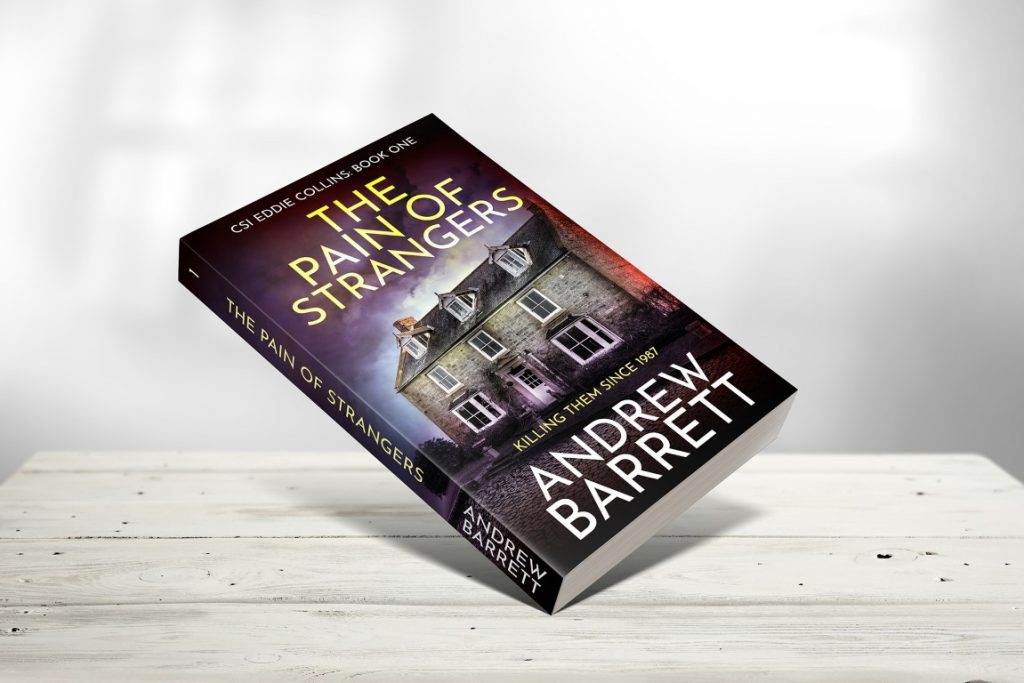 This little blog post is to get across the whys and wherefores of the book’s very existence. Pull up a pew, grab a Cornetto and your fave packet of Haribo, and read on.

Don’t you wish that you could pause life, rewind, and take a different path sometimes? Surely, you must have made a mistake or two in your time, or shall we say, you could have made a better decision? I know I could have; I’ve got certificates to prove it!

Anyway, I’m lucky yet again in that I’m able to pause, rewind, and arrive at the problem, and correct it – at least in my own little book-world. The CSI Eddie Collins series is six books long, and I’ve just set sail on the seventh novel (more on that a lot later); but if I cast my eye back to where it all began, I can see an error – a bad decision. I can correct it, though.

That bad decision was The Third Rule. Woah, hold on – the bad decision wasn’t the book as such, it was what it included. It included bits and pieces of politics in the background. In fact, the whole book is soiled by politics – not party politics, just… politics in general. When you consider this book was only ever meant to be a standalone, you might understand the error of my ways since then. You see, I liked writing Eddie Collins so much that I continued with him and grew a series from the first book. But the following books had no politics in them at all – they are good old-fashioned crime thriller books.

The Third Rule, I realised a couple of years ago, didn’t fit. It was the proverbial fish out of water. It has hampered sales ever since its creation because of this. It’s a bugger to promote and market because it’s not a true crime thriller and lives in categories different from its siblings on Amazon.

Andy knows how to insert the best humor at the appropriate times to break up some of the intensity.

So it’s time to throw it back in the water but as a stand-alone story – just as nature intended.

The upshot is this:

I have removed The Third Rule from the CSI Eddie Collins series. I will fit it with a replacement cast of characters and re-launch it as a stand-alone novel.

In its place as series opener, I am launching The Pain of Strangers. Book One, CSI Eddie Collins.

Make sure you have your seatbelt fastened because you won’t want to put this book down.

Please remember The Third Rule will not be populated by Eddie for much longer (if I had another pair of arms, I’d be working on the cast of characters right now), so his wife and son are as irrelevant in that book as Eddie is himself.

Grab yourself a copy of The Pain of Strangers – it’s out Friday 11th February – and immerse yourself in the new series opener. When you’ve read and enjoyed it (I hope you do!), move along to the next, Black by Rose, and enjoy the subtle differences caused by the new book.

But remember, if you want to add the current Eddie Collins edition of The Third Rule to your library, you’d better get a move on. Before long it’ll be deleted and replaced, and quite possibly become a collector’s item. It’s available in eBook and paperback here:

You can also buy the eBook only on Kobo and Apple.