The Story of The Crew

“The final twist had me!”

“The story is fast moving and really good, I laughed and fell in love with Eddie a little bit more.” 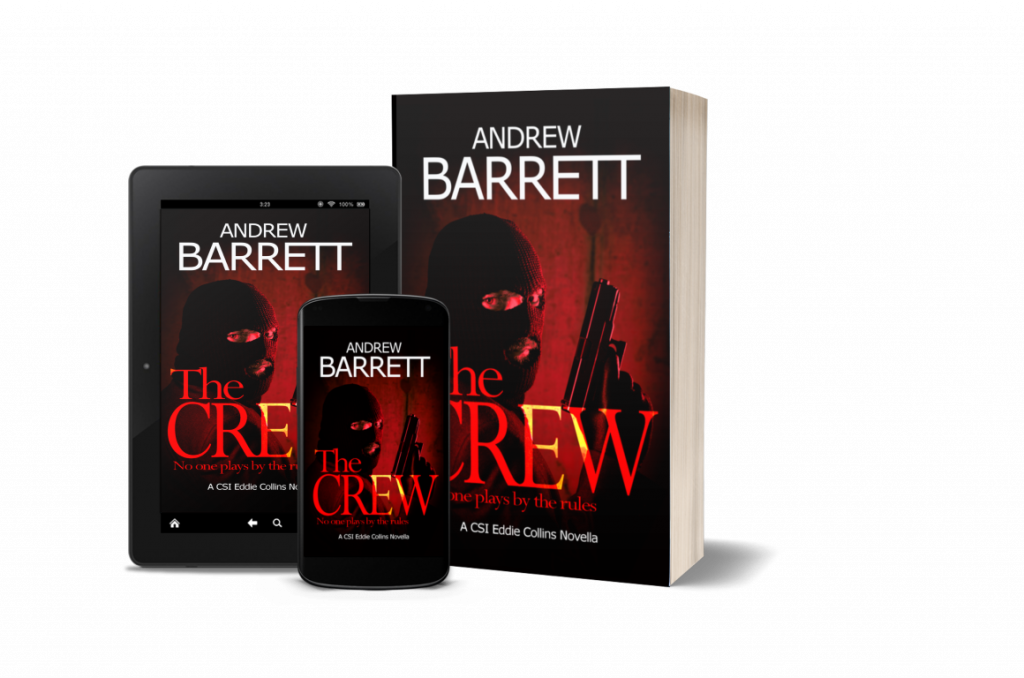 The Crew began life as an aimless strafe drifting on the tide of my mind. I literally began writing the scene in the office where a supervisor asks Eddie to take out an attachment. And it went on from there.

The first words hit the screen around April 2020 – almost a year ago. I wrote it just after I finished writing This Side of Death, a chaser if you like, and some twenty-two thousand words later, a couple of weeks, maybe three, I called it done.

I played with several iterations of the title too. You’ll know that the short stories and novellas always follow the tradition of The Tale – i.e., always a four-letter word after The. I began by calling it The Gang, then The Drop, and eventually settled on The Crew because it was about a crew – gang sounded too dated, whereas crew was down with the kids, innit!

“Andrew skillfully intertwines Eddie, his work and an attention grabbing story! A must read.”

The Eddie novellas are always just about him. There is no backstory, no link to any other Eddie book, he doesn’t have family, he’s not a supervisor or a bossman, he’s not employed by an elite branch of CID. No sir, he’s just plain old Eddie Collins, a CSI working regular jobs in Leeds. It’s just him and the story. Pure story.

I’d heard tales of criminals being trapped inside a crime scene (and I’ve seen one or two) – usually cannabis farms – and some being caught in them literally a dozen hours after the police first kicked in the door! Imagine needing a pee for twelve hours! Anyway, this concept intrigued me and so I built the story around it.

“If you could represent ‘attitude’ by a ‘thing’, his would be Colombo’s old raincoat.”

How did I come by the characters of Shannon and Nelson?

Shannon was a typical girlie-girl who signed up for a bit of entertainment. She had notions of becoming a CSI but her head was in the clouds and she found herself enchanted by the romance of dating a hotshot criminal. Don’t laugh, it happens. Girls fall in love with the uniform and they also fall in love with the crowbar – if you know what I mean. They love coppers and they love gangsters – there, I said it for you. It so happens that she needed to make a choice in this particular story and on this particular evening: she chose the life of a moll and in turn was used by the baddie.

Nelson? Wow, I had the most fun writing him. He was just so full on; he had no inhibitions and I basically let myself go, and listened the garbage coming out of his mouth. When I next looked at the screen, it was there, word for word.

Although I’m writing this The Story Behind… almost a year after I wrote the novella it refers to, I remember screaming that the bastard thing wasn’t working and I couldn’t string a sentence together that didn’t make me mad. However, right now, I look back on it with affection, not a nip of anger to be found. I’m sure there was plenty – there always is in every story I write – writing stories is like wrangling eels in a bathtub of olive oil. But I have affection for it now, and it makes me smile every time I think of Nelson tangled up in a jeweller’s or Eddie suddenly realising what he’s found.

Did it turn out how I’d first imagined?

Nope. I couldn’t see a way that we could keep Eddie alive, and I had a huge battle raging inside my head over how he was going to get out of this one alive. I also considered killing him. Of course, he’d spring back life in the next story – these are all standalone tales, after all, but I thought it would cause a stir and would be confusing: is he dead, is he alive? How did he come back to life… you get the idea. Also, imagine every conceivable outcome for Shannon: dead; running away with Nelson while Eddie lies in a pool of blood; turning turtle again and saving Eddie while knocking Nelson unconscious. There were hundreds of possibilities.

But in the end, I wanted it to come down to Eddie and Nelson. Shannon was a by-product and she’d served her purpose.

On the way to Eddie’s ‘final destination’ we have the Agatha Christie-style chat where the reader learns how and why Nelson tricked his crew out of their money and got them arrested, all this while getting away with seventy-five grand all to himself. It was an ingenious plan, and I have no idea how I came up with it – I’m simply not that intelligent. I’ll put it down to one of those wonderful moments where something drops in your lap and it happens to be very useful for a change – instead of it being bird shit or a repair bill.

I didn’t know about the twist until I got there. In fact, even that is wrong. I went back after I’d finished the story and put Wilbourne there at the end. I was going to have Eddie and Nelson meeting up with Zak, ready to put Eddie to sleep, and to put Leeds behind them, but that was just too easy.

“As usual I thought I knew the ending that was coming along. As usual I was wrong!”

“I love Eddie! And now he’s back in all his glory, cheeky comments and all.”

I looked back on the characters and chose the most interesting to star in the twist. I’ve had several reviews who mention Wilbourne, his accent (I didn’t give him an accent as far as I remember), and his nasal hairs. It tickled me at the time, writing about his nasal hairs and how it became the focus for Eddie’s wandering attention.

“Quintessentially Eddie. This latest novella had me laughing out loud at his off the cuff comments and thoughts.”

“WOW! THE CREW just blew me away.” 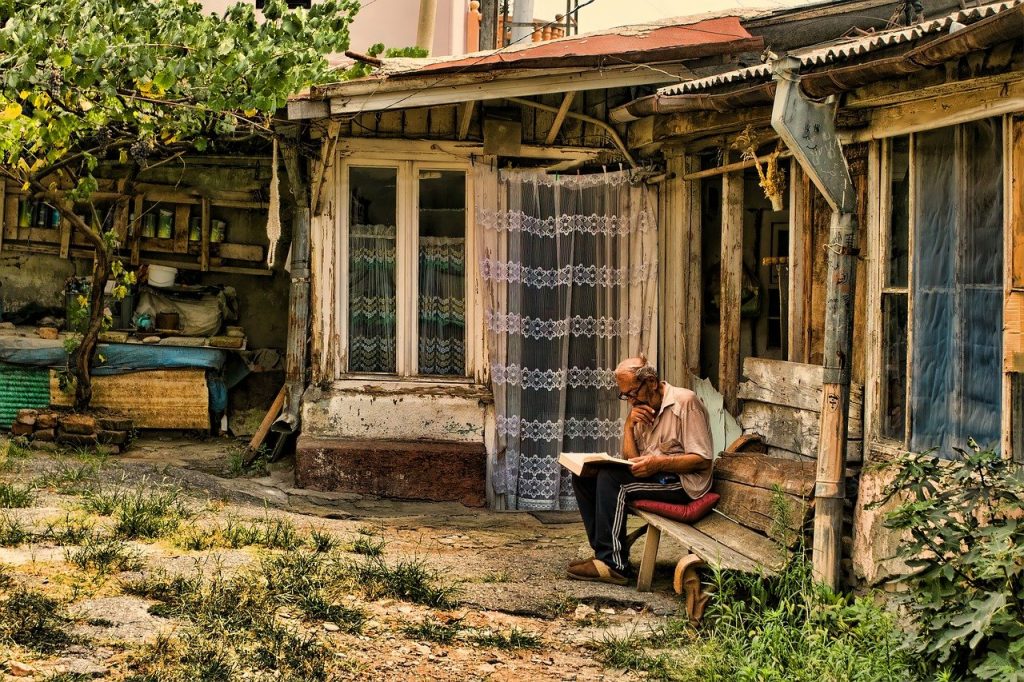 I nicknamed him The Gardener because in my mind’s eye he was as scruffy as one (apologies if you’re a gardener – oops!), a mad professor type, harmless, eccentric but grey. Turns out that a lot of people were confused by the ending, but most people were thrilled by it.

Seriously, guys, you have to pay attention as you’re reading the book otherwise you’ll miss the nuances put in place to make the twist work. I was just going to type a couple of sentences here explaining the twist. But I changed my mind; you’ll need to work it out. Sorry.

“Sometimes our prayers are not only ignored, but you can hear someone laughing in the background.”

It’s his last shift of the week, but CSI Eddie Collins is examining the scene of an armed robbery at a Post Office. Everything is going well until he finds one startling piece of evidence that turns him into a target.

Nelson is part of a professional gang of violent armed robbers who work their way around the country stealing large sums of cash. The gang arrives in Leeds, and Nelson decides to make changes to their successful formula. His plan is falling into place until he leaves behind a vital piece of evidence at their latest job.

DI Wilbourne is tasked by New Scotland Yard to pursue the gang, to collect and collate the evidence they leave behind. But there’s something strange about him, and it has nothing to do with his dress sense or his nasal hair.

Shannon is an observer, out with Eddie at a Post Office robbery. She’s about to discover that making the wrong decision can be fatal.

This is one job where Eddie regrets having a keen eye. 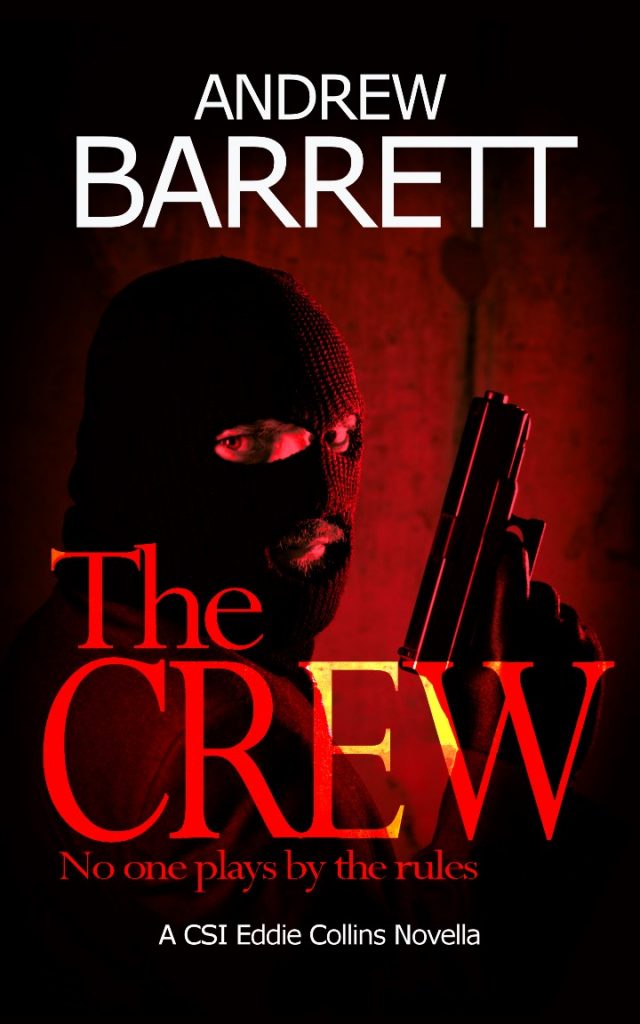