I began writing novels around 1985. The first one was called Lord and Master and was utter rubbish.Of course I didn’t know that at the time; if you have an ugly baby, it’s still beautiful to you. And I only know it now simply because I’ve read so much more since then, have written much more too, and have come to appreciate the fine lines of a Stephen King novel or the coarse chiselling of a Bernard Cornwell story – leaving Lord and Master as a pathetic stick man drawn in wet sand. It’s so bad that I keep it in a dusty box because it’s offensive to the eye – even mine, and I’m its father. I wrote Lord and Master long hand and then stole my sister’s Olivetti to make it look like a real pro job – Fail.

Flushed with the success of actually finishing a novel, I wrote Charlotte’s Lodge, a story about an evil old woman with ferocious powers who takes a distinct dislike to her grandson and his poor mother.

I wrote Charlotte’s Lodge around 1987 on an old Imperial 66 typewriter that my father got for me. I seem to recall it had a missing letter – though if truth be told, that could have been something I made up one day and now believe to be true. This is about the time when I discovered two things: I enjoyed writing stories very much, and I still wasn’t very good at it.

Next, around 1991, I wrote Knavesmire, a story split between medieval and present day England. I wrote this long hand, getting about 700 words on one side of an A4 page (I’m one of those people who hates turning over!). By now I’d saved up and bought a word processor. It was a Brother and had something like a 2kB memory – wow! It had a small LCD screen that could hold one line of text… you had to scroll along to read the damned thing. You could squeeze about three pages of text into the tiny memory. I’d type in the story from the longhand notes, then print the three pages and delete them so I could type in some more. I remember being not at all happy to later find typos on the page. 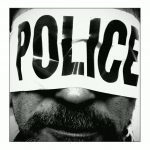 In 1996 something life-changing happened. I was offered a job by West Yorkshire Police working as a Scenes of Crime Officer. And so crime thrillers was the only way to go and naturally I wrote about a SOCO.

His name was Roger Conniston.

A Long Time Dead was the first in a series of three novels featuring the tribulations of our hero. Stealing Elgar swiftly followed and then the final episode, No More Tears (named after an Ozzy song).

I enjoyed writing them, and recall how Tears practically wrote itself. But suddenly I found myself without a story. How dreadful it was not to be writing. I’d been speaking to a colleague in the office, marvelling how a burglar who had hundreds of convictions was still at large. He said that people like that were of no use to society and should be put down, that we could afford to be picky these days since we didn’t suffer from a shortage of people.

This conversation gave birth to The Third Rule. This was my most ambitious project to date, but it needed a new vehicle, a new hero, someone who was more aggressive than Roger Conniston ever was. His name was Eddie Collins. I should explain that for the most part, the characters I write are loosely based on myself, and by now I’d been working for the police about ten years and had developed a rather cutting cynicism which I flavoured with a hearty dose of sarcasm. Eddie Collins was me, except stronger, more a caricature who expressed his cynicism and his anger much more fiercely than I ever dare.

I began writing The Third Rule sometime around 2003. It’s set in 2015, where a newer, harsher breed of government came to power advocating a return to the death penalty for those people who could not stop breaking the law. They were given two chances, the third time they broke the law, they were put to death. ‘Justice’ was dealt out in a production-line fashion, with convictions ill-conceived and flawed. It was a radical novel, not least because I invented the Justice Ministry, something which actually later happened.

A year or so after I began this book, I started work on some television scripts with a colleague. This went on for six or seven years, before the hankering to finish The Third Rule became too strong to ignore anymore. In a hair-pulling flurry that spanned months, I finished all 260,000 words of it. And it’s had some stunningly wonderful reviews.

The previous work (published 2013) is a continuation of Eddie Collins’s incredible story. He’s moved from SOCO to the Major Crime Unit where his irascible nature takes him into battle with a notorious Leeds gang and a close call with a gun pointing at his head. This novel is entitled Black by Rose.

But Eddie’s story doesn’t end there. To show how Eddie reacts to certain situations, I published The Lift – it’s a very short story, but it packs a punch, so beware.

I published Sword of Damocles in August 2015. You’d expect him to be a little volatile, a little acidic… well, you’re right. And this time he’s dealing with a corpse in a burnt-out car. It looks like a suicide, but it doesn’t take Eddie long to realise it’s much more than that. This story is entangled with the main plot; it’s a crime that goes back thirty years and it stretches Eddie in more ways than one. You’d also expect there to be other things happening in Eddie’s life, and you’d be right there too.

One thing that stands out for me more than all the other comments, is how people are really shocked by the ending. I hope you will be too.

Two more stories came along in early 2017. The Note is a short story (not as short as The Lift), and has at it’s heart a death threat that Eddie receives. I know what getting one of those feels like. It’s really not pleasant. You can’t help feeling victimised just for doing your job. And on top of that, it’s damned scary. Of course you can’t admit that at the time – we’re men, and we laugh in face of death. Pfft. Like all my Eddie short stories, it’s written in first person so you can get right inside Eddie’s mind and see things the way he does for a while.

The second story was Ledston Luck. I can’t tell you how much I loved writing this book. Actually I can, and you can find more here. But it gave me a buzz the likes of which I’ve seldom encountered before. It launched very well indeed, and has earned Best Seller status with Amazon, and scored some wonderful reviews.

Mid-2017 saw me hook up with Bloodhound Books for a rather exciting project. Initially entitled Dancing at the Devil’s Door, I was asked to write a stand alone thriller for them. I did, and now (October ’17) it’s with an editor. We’re hoping to get the book out in December – keep your fingers crossed – under the title The End of Lies. This book feels quite special to me for a number of reasons. It’s written in first person, and it’s the first full length novel I’ve written like this. It’s extremely hard to write like this because the whole book is concentrated on one character, in this case a lady called Becky Rose. And right there is the second special thing: I’ve written it with a female lead. How hard was that? It was pretty easy going. It was just like stepping inside any one of the hundreds of characters I’ve created over the years. But I do have a soft spot for her. She’s a good woman, but very troubled…

And now what? Well, it’s time to crack on with another novel.