The Story of Black by Rose

Black by Rose began as Angel666 in November 2012. Angel666 was the working title, and I chose it because this was going to be about a Leeds gang member who was – wait for it – looking for love, and he finally found it when he found Angela. The only problem was he tried to kill her, and this act, when things were supposed to be at their most tender, upset her equilibrium to such a massive extent, that she ended up killing him. And then she killed again, and again.

I had some major problems convincing myself that a timid woman could be a serial killer. And she would be timid because that was the type of woman this fellow wanted. So that put an end to that particular storyline, but I kept the working title because using a dating site still appealed to me. You see, Eddie was going to be in the market for love, and he used the same dating site. And yes, you guessed it, Eddie was to be one of Angela’s victims! 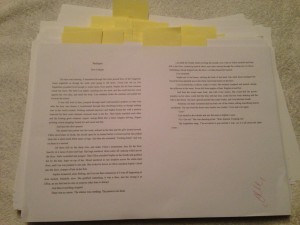 I also had another scene in mind when I was sketching Angel666: it was a robbery from a cash machine installed inside a teashop. How crazy would it be to have a cash machine in such a place? Well, it’s true, it happened; I know because I examined the scene in the real life. But I wrote it and then wondered how to proceed. I wanted the story (originally to be a trilogy) to have gangs at its centre, and thought this would be an excellent way to meet them. Of course, because I don’t really plan anything in-depth, this ended up being chapter 23.

Running alongside these two stories was to be a third. It centred on the British Patents Office, and some rather underhand things that went on with blue-prints with the chap from the Patent’s office ending up being murdered in his own home. Yes, he turned out eventually, to be the undercover police officer in the final version.

In fact, I think the premise to this murder was the first contribution to this book. To kick-start the writing process I put together a thousand words describing under what circumstances you would kill your own family. The only time I could do that is if I believed someone else was going to do it in a far more horrific way than I would. Anyway, all those bits didn’t make it into the book. I remember writing a script where a mother killed her toddler, and it was upsetting, disturbing even, and so I decided not to go down that path this time. I doubt I’ll ever go down that path in the future too.

Another upsetting part to this book was the rape scene. Of course we don’t get to see it happening – I don’t think there’s much need for explicit scenes like that. As a reader, you know what’s happened, you don’t need to see it. But one other upsetting part in the book that I was determined to write in detail about, was the domestic violence part. I don’t have a drum to beat over these two subjects, but I did want to explore this part a little more thoroughly. Mainly because Ros (yes, I decided to resurrect her – read on) had to be in a relationship I could extract her from while maintaining a reader’s empathy for her. We all wanted (at least I hope we did) Eddie and Ros to get together, and I couldn’t have either of them ruin a successful marriage and retain their moral high-standing. So Brian had to be a bad guy.

Second edition of the cover

I remember rushing back to The Third Rule to alter the ending slightly just before publication of Black by Rose. In the original version, Ros was stabbed in the chest and died. But I needed her to bounce off Eddie throughout Angel666, so I had to bring her back. And, as above, I really wanted to see these two get together – they were a wonderful couple! But if I resurrected their relationship as they had left it, then we’d still be in the clutches of the aftermath of The Third Rule: with a bad government in place and all the fallout that ridding England of it would entail. So I moved the beginning of Black by Rose onward a couple of years to avoid all that. Now all I had to do was explain why Ros and Eddie hadn’t seen each other. Not easy really, but I think I pulled it off. At least I hope so.

Oh, and aren’t you curious about the title, Black by Rose? Good. You’ll have to read the book to find out why I gave it that title.

In a rage, CSI Eddie Collins leaves a murder scene, triggering a series of life changing events; but not only for him.

Operation Domino is the Major Crime Unit’s investigation into gang boss, Slade Crosby, and the killing of an undercover officer. But when Eddie finds a gangland victim dead in his house, he confronts Crosby and instantly wishes he hadn’t. There is a gun at his head. And no way out. Even the MCU cannot save him.

Tampered evidence halts Domino’s progress, and with Eddie out of the way, Crosby is in the clear.

How can Eddie escape death, and nail Crosby before the killing starts again?

And here’s the most recent cover. Love that green! 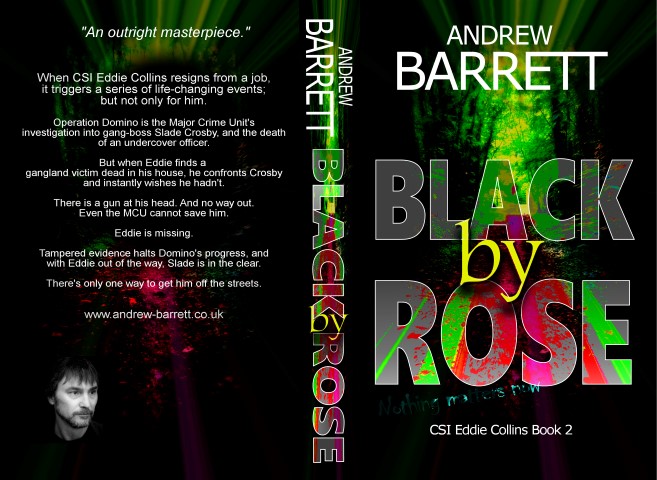 Black by Rose on Goodreads 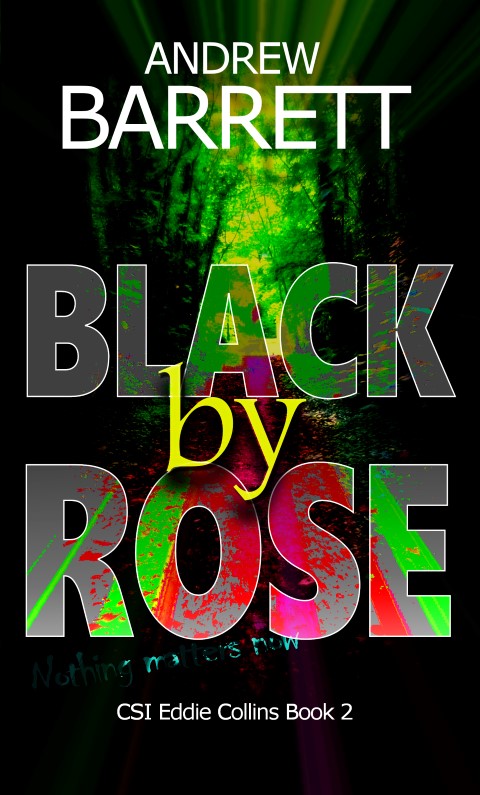