The Story of Ledston Luck

Ledston Luck was always going to be about a woman – a mad woman, an angry woman. I’d always envisaged her being at the centre of a community, inflicting her vileness on those who live around her. I briefly examined the possibility of her living in some kind of cult but dismissed it because I wanted to keep the story as real as I could. There isn’t a huge cult community in Leeds.

While my grey mush of a brain worked on constructing a viable female character, the rest of me worked on a story in which she could exist. One of the things I enjoy most about constructing and writing a book is that I’m presented with lots of fragments that seem to work their way into the final story, even though they initially bear no relation to what the grey mush was concocting. 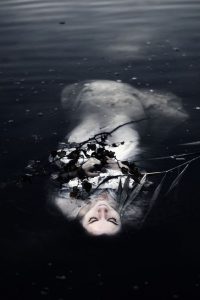 One of those abstract fragments was the sight of a dead woman beneath the surface of the River Aire in a local village called Woodlesford. I caught just a glimpse of her as I passed by on the road overhead, her pallid face, eyes open, hair waving in the current. I opened a fresh file inside my head and put that little nugget in there. Don’t worry, there was no dead woman – just my eyes playing tricks on me.

And then there came the kitchen scene. 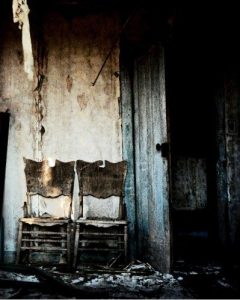 Picture this: a naked middle-aged woman sitting in a pine dining chair in a dark farmhouse kitchen. She is deep in thought, but pulled from it by the sight of two people walking through the rain, past the window. The door knob turns, and in walk two youths, burglars.

The woman, identity still not known to me, reaches behind her and takes a shotgun from where it rests against the door frame.

She turned out to be a lady I called Devine Wright. And she enjoyed her time with those burglars. She became the centre-piece to the entire story – just as I’d hoped she would.

But I had to figure out what the dead woman in the river was all about. Erm… help!

There were others things coming into Story Central all the time: if you’ve ever worked in a police environment, you’ll know that cannabis farms are part of everyday life. Some of those farms (there could be one in the house next to yours!) are quite sophisticated. Some of them have sleepers who stay in a tiny room, and their role is to tend the crop. These guys can be devious; they go to great lengths to make sure you – and the police – don’t know what they’re doing. And should someone work it out, they go to great lengths to protect themselves. This can involve booby-trapping the house.

Working these scenes can very hazardous. They’ve been known to lay planks of wood with nails sticking out on ground floor windowsills. They cover them with sheets of cardboard. A copper climbing in through that window is in for a nasty surprise. They wire up electrical hazards too, and I’ve even known them place a nail at the base of a shotgun cartridge, hide the whole thing under the floor, beneath a loose floorboard, and when another copper steps onto it… boom! These are nasty people, remember.

This idea of booby traps was spinning around my head along with all the other stuff, and eventually it coalesced into something resembling a story. At last, I could begin punching the keys.

Everything was going swimmingly. Eddie was on form as he worked through the scenes trying to find out who would want to kill a woman and dump her in the canal (changed from the river for ease of access), and who would want to booby trap a body hidden in a chapel out in the sticks?

And then everything stopped. 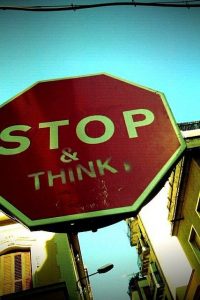 It was becoming a whodunit. The trouble with whodunnits is they become a game with the reader. The writer installs several would-be killers, a lot of red-herrings, and then pulls the real killer out of the hat on the final page – much to the reader’s pleasure or displeasure. I’m not keen on whodunnits because they don’t appeal to everyone and it’s a lot of hard graft trying to keep the secrets a secret.

I knew who had killed everyone, and I’d worked out why they had. It was time to expose her to the reader – when all along I was convinced I should keep her under wraps until the final reveal.

I wrote half a dozen scenes featuring Divine Wright, explaining not only why she had done those horrible things, but how; I explained her background – in short, I gave her a life, a reason, and an excuse. I learned about her and what was going on inside her head. I scattered those scenes throughout the last two-thirds of the book.

Now all I had to do was get Eddie to work it all out. That was the fun bit, the best bit. And then there came the ending. I had it all figured out; we’d discover answers to all those burning questions I’d posed along the way. But this book had one last surprise in store for me.

I do a lot of my thinking while driving or while in the shower. I’m not known for taking quick showers! It hit me hard, like someone had just turned on the cold tap. The woman under the water in the canal, she had an identity; she wasn’t just some random villager who’d seen too much and was killed because she was about to tell the police what she’d seen. No, that would have been too easy.

Her name was Gail. And really, she was the epicentre of the whole story, the vortex; she was the cause of all the badness, she was the reason for Divine’s state of mind. 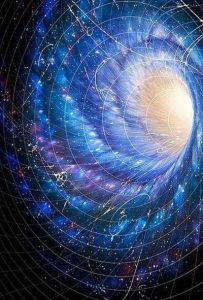 I thought of nothing else for the rest of the day. I engineered her role into the story, smoothing her path to be that one crucial character that no one gave a second thought to. That was the highlight of writing Ledston Luck for me. It’s not often a writer has one of those cold tap moments. I’ve been lucky and had a few, but this was extreme, and I can’t remember being so excited about a story before.

And do you know what? Her importance, and the twist on the final pages, goes right over some readers’ heads. I know that because I’ve asked them. Some get it, and it reduces them to tears; some don’t see it and read over it ignoring the vital clue – just two words – that tell them everything they need to know. It’s such a shame, but I refuse to make it blatant. They either get it or they don’t.

Here is the blurb…

They say you can always trust a copper. They’re lying.

They lied thirty years ago and they’re still lying today.

A booby-trapped body in a long-abandoned chapel. A scene examination that goes horribly wrong. CSI Eddie Collins and DI Benson are injured and one of the team killed. Eddie is heartbroken and guilt-ridden. And angry.

And here’s the cover… 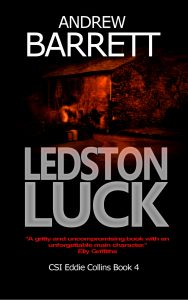 You can find an excellent interview hosted by Nicki Murphy about Ledston Luck here. 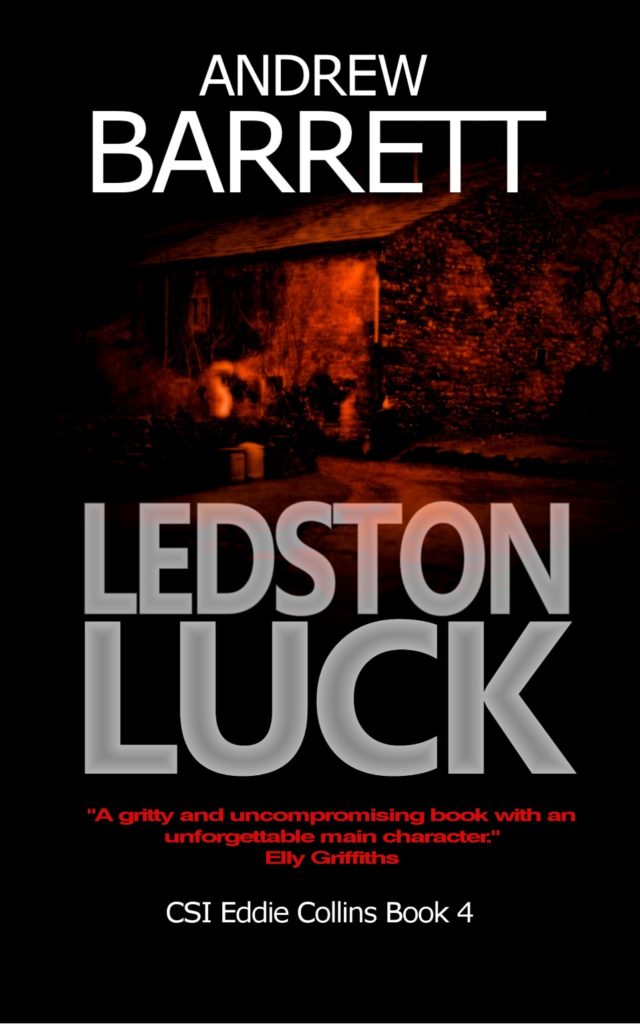