Interview with Neats Wilson’s Hippo Hangs Out with… – June 2018

Do you often hear from your readers and what do they say?

I have a very healthy email list of about seven thousand people, and I’m lucky enough to run several Facebook groups and Pages, not least is my Advance Readers Team (edit – now called Exclusive Readers Group).

It makes me feel very humble that people will take time out of their busy day to get in touch. More often than not they’re contacting me to tell me they’ve enjoyed a book – and there’s no greater compliment to a writer than that, and I’m very grateful to them. I’m grateful because a little bit of praise really does help me write more.

The worst email I had argued – constantly – that there was too much swearing in my books, and that no one swears that much in real life – they weren’t very pleasant at telling me either! I countered with: yes, they do, and my books try to emulate the life I lead! They should try living in my boots for a day if they didn’t believe me. I live in a very sweary world, both out in public where complete strangers will swear at you with malice. Swearing forms a basis in our private working environment, too; it’s just everyday banter. My advice to him was to put my books away, and go read something cosy instead. 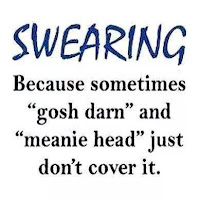 I also have people contacting me who would like to see certain things in the next book I write. And recently, someone pointed out to me that there was scope for another Roger Conniston book. I hadn’t even considered it, content to let sleeping Rogers lie, but it was true; there was one storyline I could develop further. So perhaps in the future I’ll do just that.

What did you edit out of your last book?

The last book I wrote was The End of Lies. In it was a scene where Becky fires an air pistol at a cat that is killing the blue tits who come to feed each day in her garden. I was advised to remove it at all costs! People are perfectly happy reading about gruesome deaths of people but are very offended by animal cruelty. And despite my wanting to a put a notice on the book saying ‘No animal was injured or killed in the writing of this novel’, I had to change it. 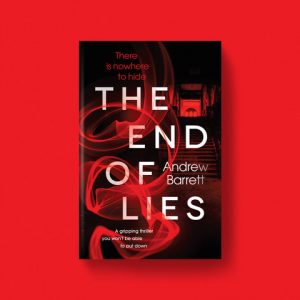 So I replaced the cat with a horrible youth with an air pistol. Our heroine fought with him and caused him severe harm, and stole his gun! I’ve never had a single complaint about it.

What do you think is more important: character or plot?

Even in a poorly told story, you can find empathy and compassion for a good, well-drawn character. Even if the plot sucks, your character can still satisfy and bring you back to the table for second helpings.

If your character is boring or unrealistic, no one can see the plot because of them. 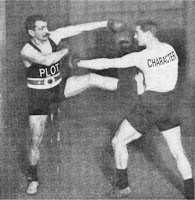 If you could spend time with a character from your book who would it be and why? What would you get up to?

This follows on from the last question. I grew Eddie Collins from an arsenic seed injected with a sarcasm potion. He’s a git. He’s angry and he’s rude. And readers hate him.

That’s what I wanted. But he grows on them eventually; like a colleague at work who you grow to like the longer you spend in their company, learning about them. I’m sure readers can see a little bit of themselves in him. Perhaps they can relate to the situations he finds himself in, perhaps where his boss is berating him, and he always knows the best put-down line to shut them up.

I designed him to be abrasive, a loner who said things as he found them. But he’s honourable too, and he’s fiercely loyal to those who deserve it. 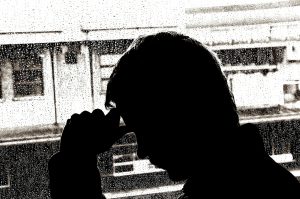 Eddie doesn’t like me much (he doesn’t like anyone much), and he calls me Spangly Carrot. I’d like to spend time with him to apologise for the bad times I’ve given him and the bad times I’m going to give him. I’d like to buy him an ice cream (rum and raisin, obviously), put my arm around him, and walk him through The Dales. I’d be interested to find out what kind of man he is when the blood, guts, and idiots of everyday life are absent.

You get a brilliant idea/thought/phrase at an inappropriate moment (eg taking a dump or enjoying your favourite pole dancer) what do you do?

I’ve reached the point in writing the new Eddie Collins book (about 35k-40k words) where it begins talking to me. I find myself thinking of scenes, of character motivation, of plot lines, all the time – completely unbidden. It’s the most enjoyable part of the writing process for me, where I’m so deeply involved in a story that we almost converse.

And yes, it happens all the time, so long as I’m not actively engaged with my job, the story will always nip at my heels like a terrier. When it does, all I keep doing is thinking about that idea until I have the time to write it down, or quickly type it into Evernote for later.

The most annoying time it happens to me is overnight. I’ve sat bolt upright countless times with a superb idea for the story. It’s so good, I tell myself, that I’m bound to remember it in the morning.

I also remember trying out speech-to-text on my phone when this happened overnight about ten years ago. When I awoke the next morning and tried to read what the machine had written, it was utter nonsense. I was sick with loss. 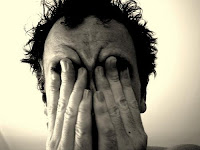 You can find Neat’s original interview over on her website here: The Hazardous Hippo