The Story of The Third Rule – second edition

You may remember that The Third Rule (first edition) was a bit of a doorstop at 1000 pages and 270k words.

Take a look at some of the reviews it earned, and though people seemed to like the story, there were a few that remarked it could be reduced. No one likes to admit they’re wrong but… I was wrong.

You see when I first wrote it, I allowed myself complete freedom in what I wrote about each of the many characters, and somewhere along the way, I found myself engrossed by some to the extent that I went on at some length about them. 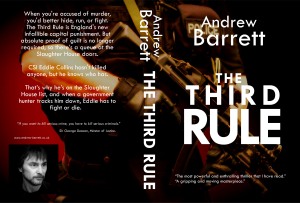 Second incarnation of the paperback cover

I took note of the reviews and decided to do something about it. I decided to edit the hell out of it. But I won’t try to fool you, I also did it for another reason. Selling or even giving away such a large book isn’t easy. Especially when it’s the first book in a series. If people are put off by the length, especially when some reviewers remark that it could be shorter, they’re then put off the rest of the series.

So October 2015, I put on hold the new novel, entitled Ledston Luck, and took a knife to the old gal. Three months later I was left with 180k words and a blunt knife. The story is much sharper, and all the extraneous stuff that I’d allowed myself freedom with has gone. It’s tighter, and this is reflected in the reviews.

As a footnote, I feel I ought to mention that some readers found the plethora of characters at the outset difficult to grasp. Well, nothing I can or want to do about that. It’s supposed to be like that. It’s supposed to reflect the story as seen by several people, and if the reader can’t grasp that concept, then fair enough, go and read a pamphlet.

Here’s the new blurb and cover to go with it. Hope you like them both. The blurb is considerably shorter, and the covers I’m now using move away from the abstract of the old style covers and into something more tangible to the story.

The Third Rule is England’s new infallible capital punishment. But absolute proof of guilt is no longer required, so there’s a queue at the Slaughter House doors.

CSI Eddie Collins hasn’t killed anyone, but he knows who has. That’s why he’s on the Slaughter House list, and when a government hunter tracks him down, Eddie has to fight or die. 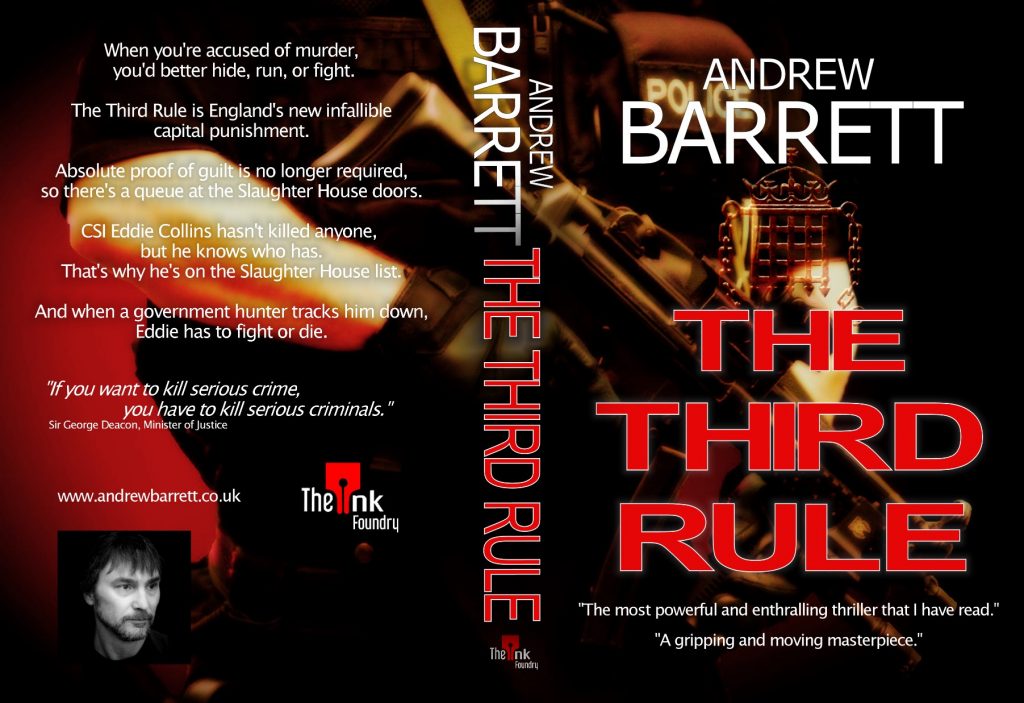 The Third Rule on Goodreads 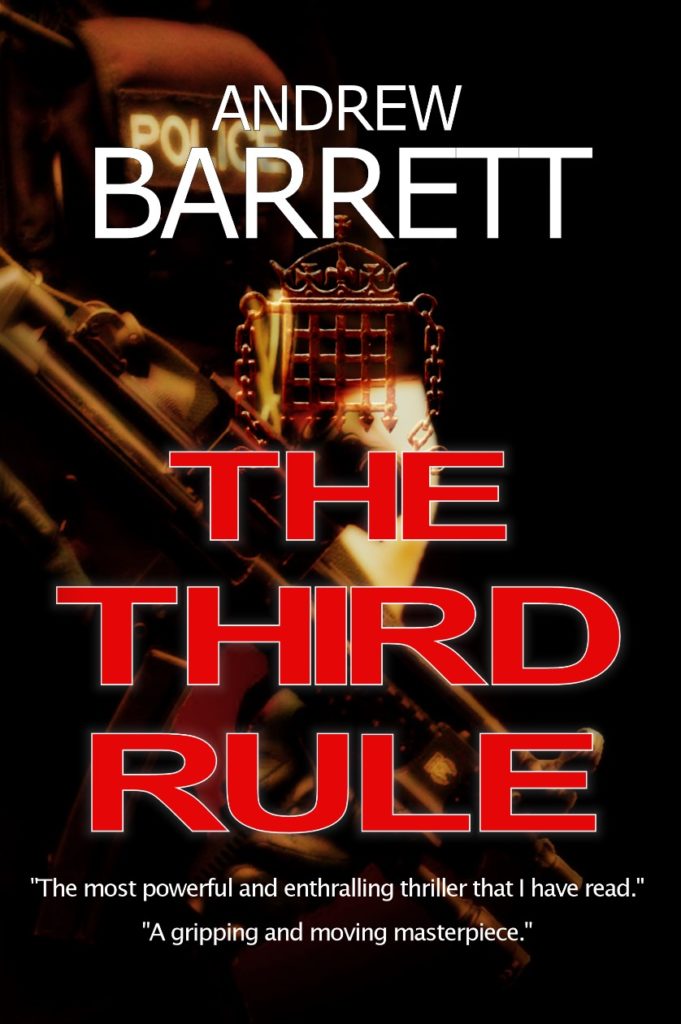