The End of Ledston Luck

I have a feeling of déjà vu.

Now it’s ready for the cover and for the blurb. As if by magic, they’re now ready too. Would you like to see it, the blurb? You would? Oh, how wonderful! Here it is:

They say you can always trust a copper. They’re lying.
They lied thirty years ago and they’re still lying today.
A booby-trapped body in a long-abandoned chapel. A scene examination that goes horribly wrong. CSI Eddie Collins and DI Benson are injured and one of the team killed. Eddie is heartbroken and guilt-ridden. And angry.

But this is where the déjà vu ends. In the past, whenever I’ve released a book, I’ve just hit ‘publish’, folded my arms and sat back in the chair, watching. People who’ve waited for them have read them and enjoyed them – I know this because they were kind enough to leave a review telling me so. And that’s been the end of it. I got back to writing a new story, hoping the next one would take off in more spectacular fashion.

Ledston Luck is the fourth CSI Eddie Collins novel, and this time I’m more hopeful of achieving that ‘spectacular’ release. Over the last few years I’ve become friends with some wonderful book people: writers, bloggers, and book fans. I can’t tell you how fortunate I feel that they’ve all come together to help me release Ledston Luck with a bit of a bang rather than a damp whimper.

I still have no idea how those bloggers and readers will receive it, but I live in hope that they enjoy it – it’s why I do it. It’s why every author does it.

Normally when I reach the end of a book, I have a hollow feeling inside; something like sadness, something like a loss, like I’m missing something. Is it homesickness? Kind of, I suppose. It’s something I can only assuage by starting another story, right back at square one. It’s a sickness, but not an unpleasant one. With the imminent release of Ledston Luck, that hollow sadness isn’t something I’ve had the time to feel. No doubt it’ll hit me soon, and then I’ll begin looking around for more situations to dump Eddie into – I know he’ll thank me once he reads this. 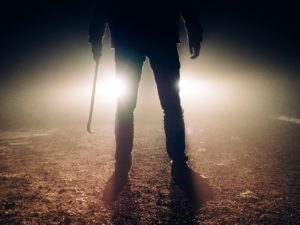