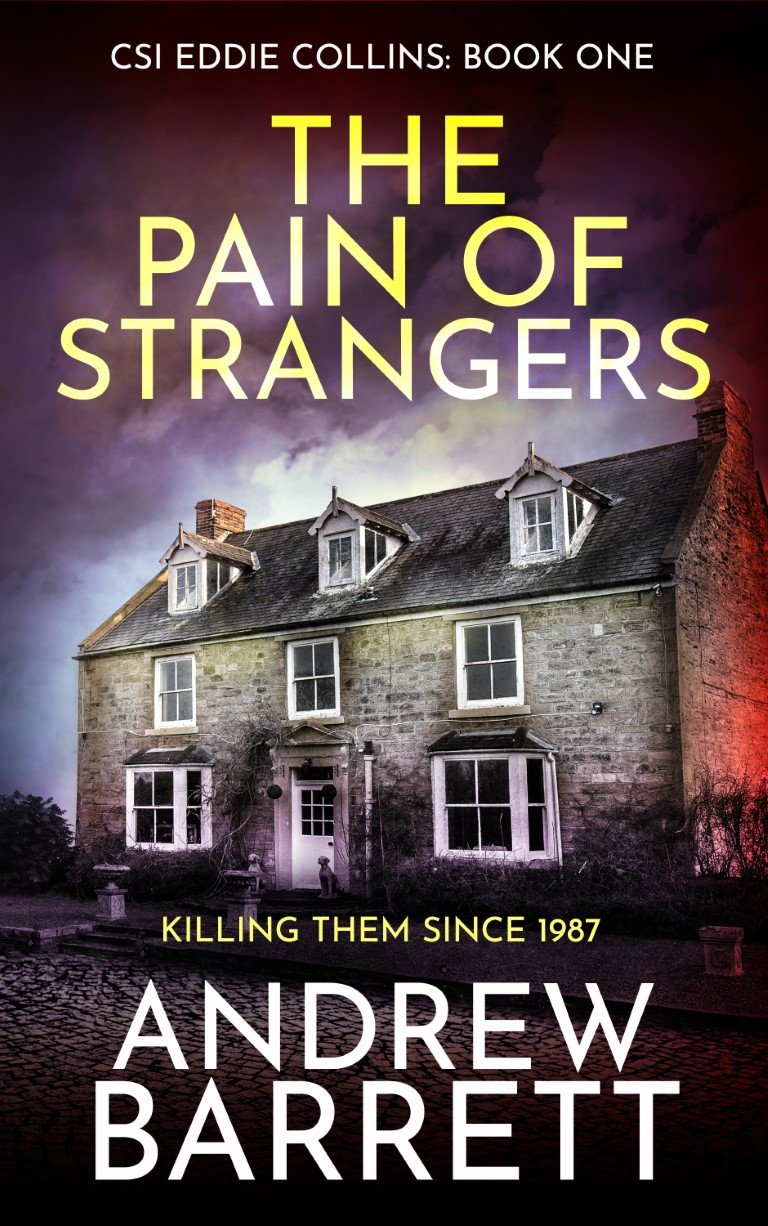 The Pain of Strangers

When damaged people reach positions of power, there is no hope for the innocent.

In 1987, Norton Bailey became known as the Madman of Mabgate. A damaged person in a position of power, he built a machine to take care of his problems and used money as bait.

CSI Eddie Collins is feeling alone and adrift. Even work is unreliable and tense, and brings conflict with bad people. One damaged person in particular seeks to choose how Eddie, and the victims he tries to protect, will die.

Is there still no hope for the innocent?

Forensic evidence has always lit up the way, but now the light shines dimly. It’s just bright enough to illuminate the fight of Eddie’s life.

“Blood, gristle and dour Yorkshire humour infused with a twist of shock and horror. This book should have a cocktail named after it.”

Buy The Pain of Strangers from your Amazon, or read on Kindle Unlimited 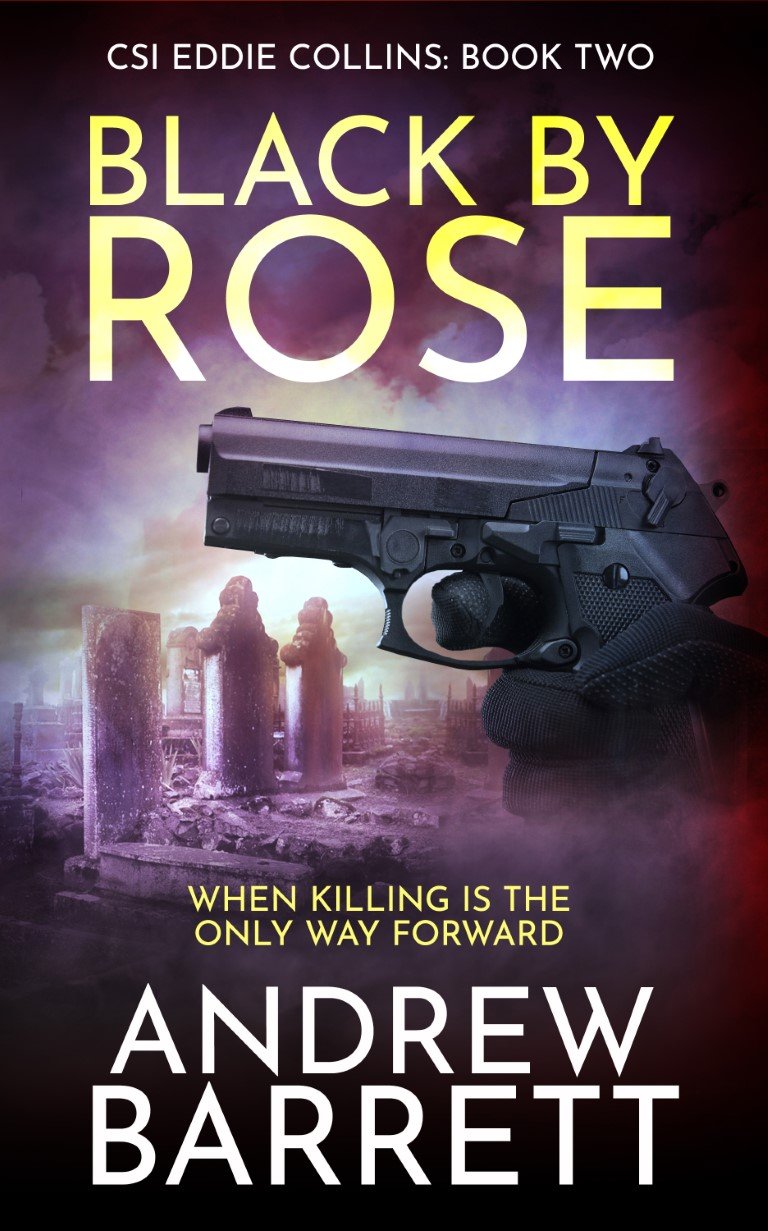 Crime Scene Investigator, Eddie Collins, always did the right thing – only this time it could kill him.

Eddie knew there was something out of place. It was a double murder but rigged to look like a murder-suicide, and it was high-profile enough for the Major Crime Unit (MCU) to recruit him.

Slade Crosby’s vile gang, murder, rape, and rob their way around the city. The MCU have been trying to bring down the whole family for years, but Slade always wriggled free – growing stronger, further out of reach.

When Eddie finds a victim dead, he takes things to a dangerous new level, and discovers why Slade is always one step ahead. Someone is prepared to sell-out undercover officers, prepared to kill Eddie Collins too, just to stay away from their own past.

With a gun at his head, Eddie must find a way to survive, and then go after Slade and his accomplice. Time is running out, and if he fails, his will be the first of many funerals.

Can Eddie avenge his son, expose the government, and still save himself?

“An engrossing and terrific thriller!”

Buy Black by Rose from your Amazon, or read on Kindle Unlimited 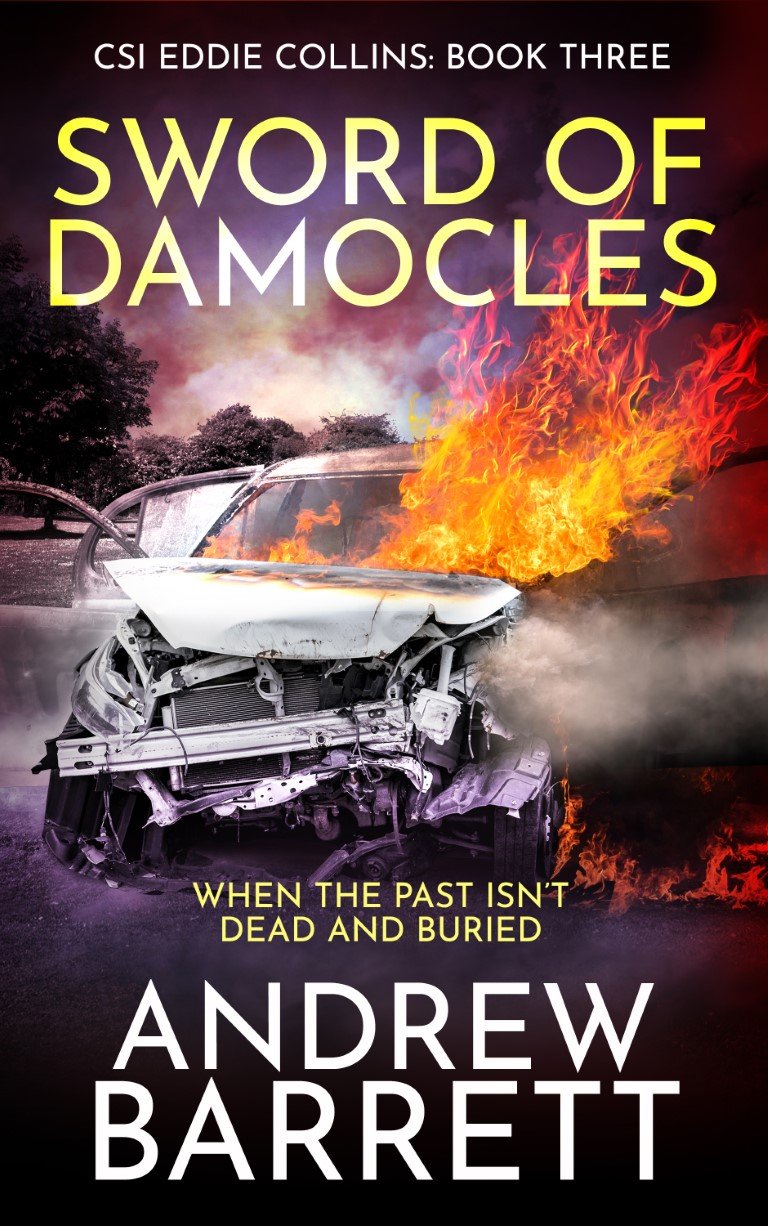 Crime Scene Investigator, Eddie Collins, finds himself suspended from duty – not for breaking the rules, but for smashing them to pieces.

It looked like a straightforward burn-out with a dead body in the driver’s seat. CSI Eddie Collins finds out that this apparent suicide isn’t a suicide at all. And the deeper he digs, the more twisted this case becomes.

Eddie’s attention is focused on the victim’s husband, a curious man who seemingly has nothing to gain from his wife’s death. Only when he teams up with DI Benson do they make headway, determining that the motive for the killing is buried in the past.

But there’s more to it than anyone could have suspected, another layer – a mysterious stranger, a kidnapping, and a murder that has its roots in the 1970s – details of which are extremely sensitive, but ignored by Eddie as he relentlessly pursues the killer in a race towards his final victim.

Even Eddie makes mistakes, and he has no idea of the danger waiting for him as the heart-breaking climax approaches.

Some things are scarier than dead bodies.

“My mouth was hanging open on the last page.”

Buy Sword of Damocles from your Amazon, or read on Kindle Unlimted 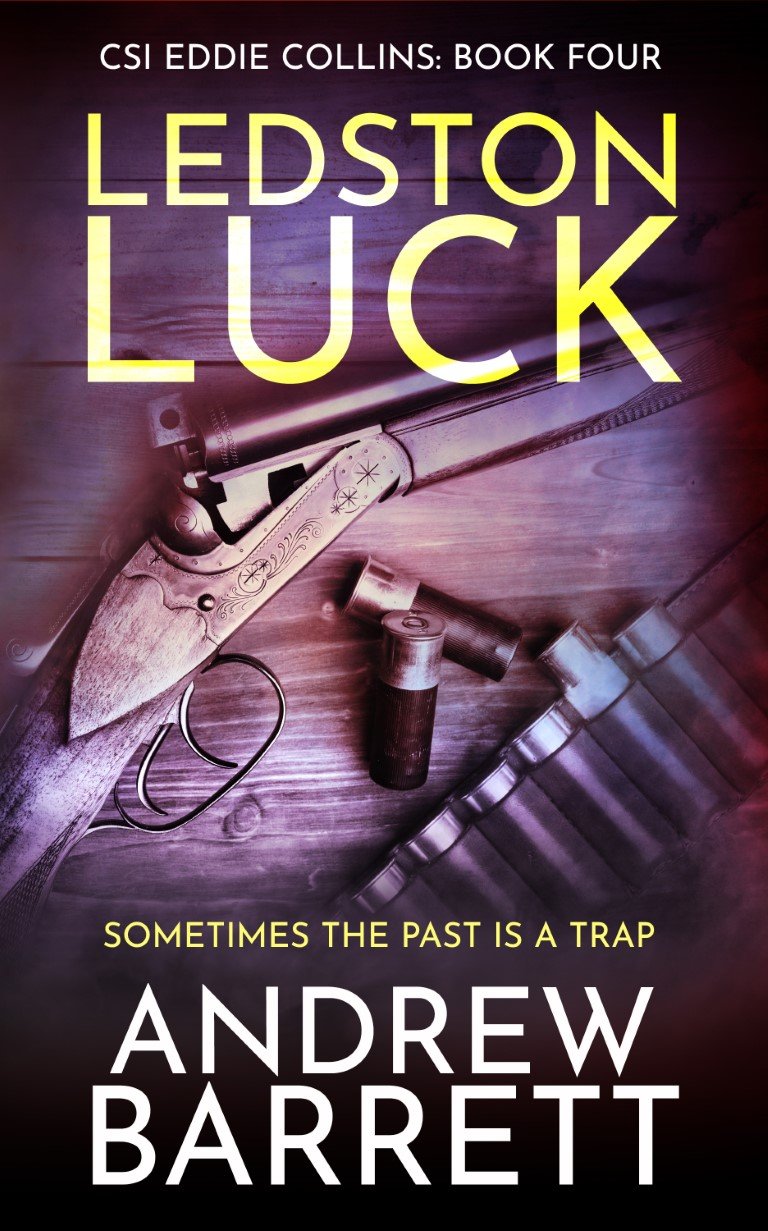 They say you can always trust a copper. They’re lying.
They lied thirty years ago and they’re still lying today.
When two teenagers go missing near an old mining village called Ledston Luck, an investigation uncovers more than a community crippled by injustice and secrets. It uncovers a dead body in a long-abandoned chapel.

Crime Scene Investigator, Eddie Collins, heads a scene examination that goes horribly wrong. The body is booby-trapped, and one of the team killed. Eddie is heartbroken and furious and is determined to find the truth Ledston Luck is hiding.

His determination brings him into violent conflict with the Professional Standards Department, and leaves him removed from duty, with public opinion and his boss against him.

Eddie goes it alone and discovers there are more killings to come, payback for horrific crimes that are decades old, but still raw. But before he can warn the victims, he discovers something else – he’s in the killer’s trap with a shotgun at his head.

“If you only read one novel this year make sure it’s this one.”

Buy Ledston Luck from your Amazon, or read on Kindle Unlimted 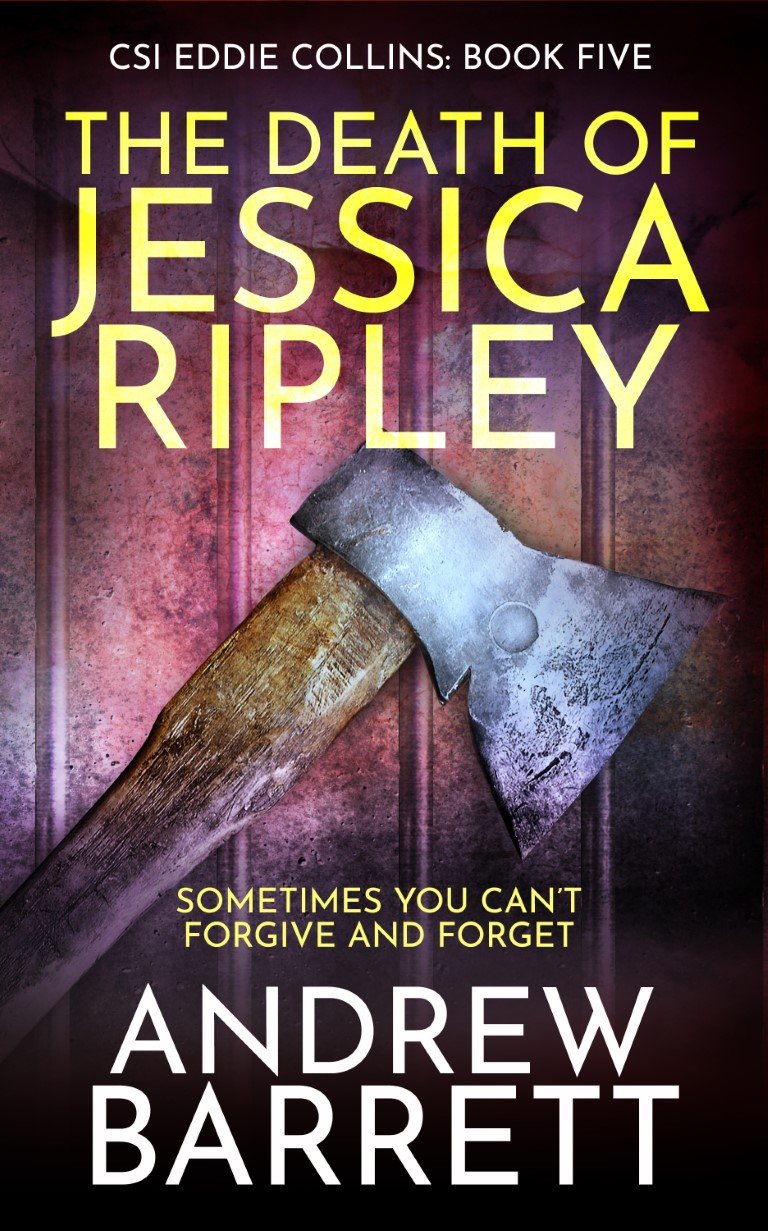 The Death of Jessica Ripley

He’s acidic and twisted; a prince of sarcasm who hates people. Not ideal qualities in a CSI. But what CSI Eddie Collins lacks in people skills, he more than makes up for in crime scene expertise. But this time, Eddie has doubts; this time, the evidence is wrong.
Jessica Ripley didn’t kill her ex-husband. But everyone thinks she did. After serving twelve years for his murder, it’s time to get her own back on those who put her inside.

It isn’t long before she learns what it’s like to really murder someone. She’s becoming whole again, incrementally rebuilding herself by stealing the lives of those she blames for stealing hers.

And sometimes the evidence lies.
Can CSI Eddie Collins trust the evidence, or is someone out to get even? And if Jessica didn’t kill her ex, who did?

“You don’t want to miss this!”

Buy The Death of Jessica Ripley from your Amazon, or read on Kindle Unlimted 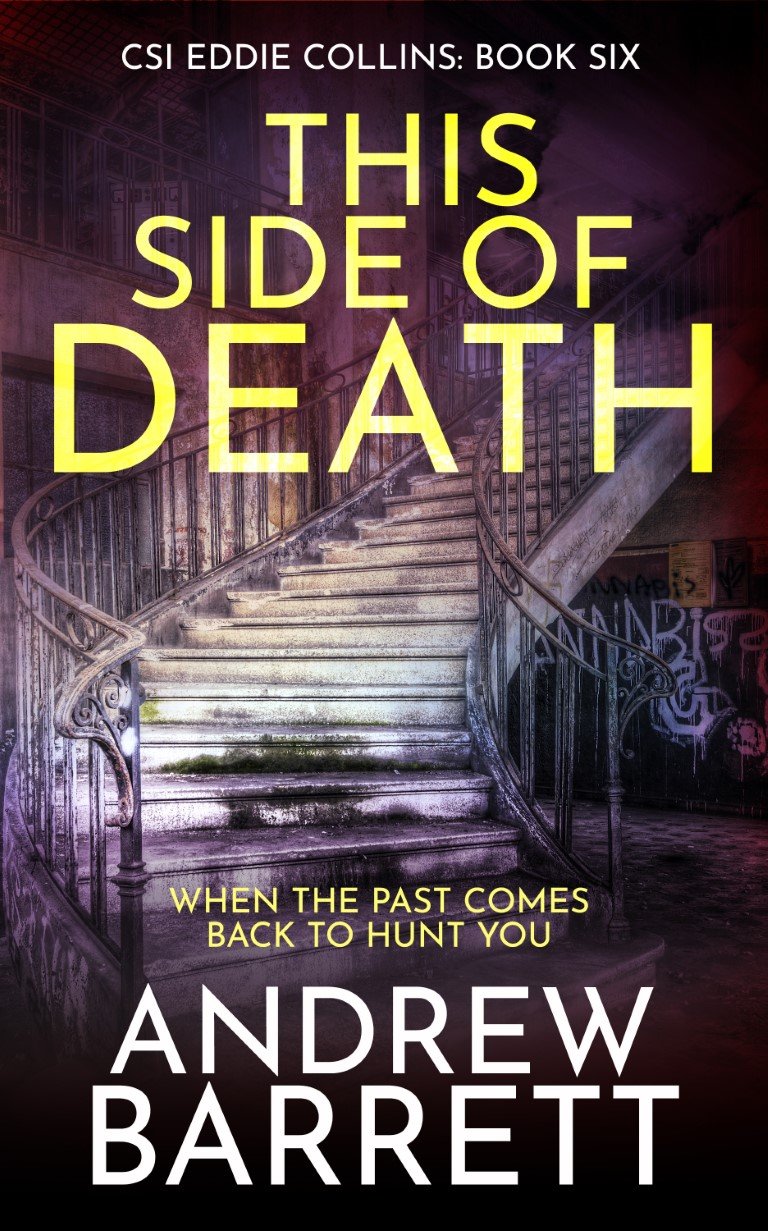 This Side of Death

This Side of Death. When the past comes back to hunt you.

Alex Sheridan believes the only way she can be free of her demons is to kill the men in her life.

She has a list, and CSI Eddie Collins is on it.

Death misses Eddie by inches, and Alex is locked away in Juniper Hill high-security hospital.

Everything is fine for Eddie until one day four years later, when Alex escapes. This time she’s better prepared.

The week that follows rupture Eddie’s life, and shatters the belief he had in his own past, leaving him wondering what really happened, and facing a stark choice: who to kill and who to save.

This Side of Death is the most revealing CSI Eddie Collins novel to date. Prepare to see inside his past and understand what makes him the angriest, most feared, and yet most respected CSI in England.

“Guaranteed to thrill and chill – it’s the best of its genre you’ll read all year!”

Buy The Death of Jessica Ripley from your Amazon, or read on Kindle Unlimited