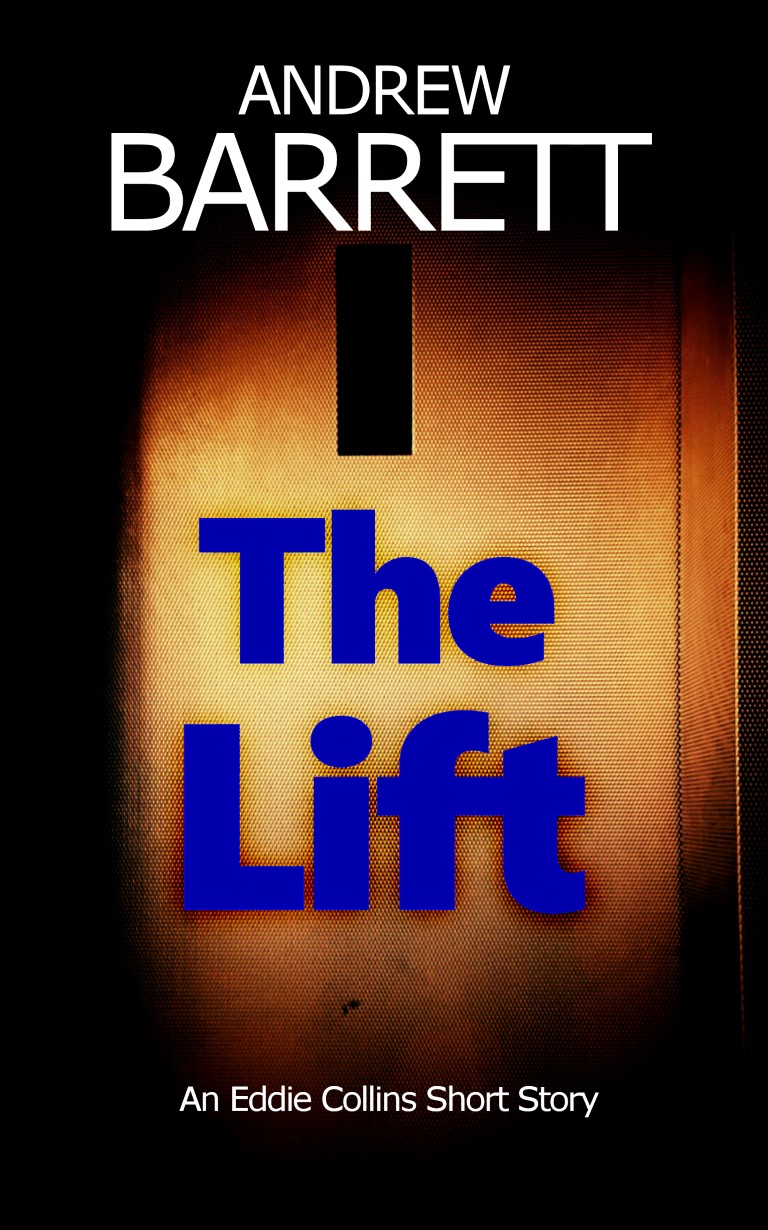 The Lift is a stand alone Eddie Collins short story of about 30 pages.

CSI Eddie Collins embarks on another ordinary day. But the people he meets in a lift prove that you should never make assumptions, never let preconceptions sway your judgement. And never let down your guard.

If you like fast-paced crime thrillers with raw emotions and characters that reach out of the book and grab you by the throat, you’ll love Andrew Barrett’s Eddie Collins series.

To experience Eddie’s ride to hell, buy The Lift today.

“Packs a big emotional punch to the solar plexus that will leave you stunned and fascinated.”

Get The Lift from your favourite retailer, or join Andrew’s mailing list, and he’ll send a starter library, which includes The Lift. 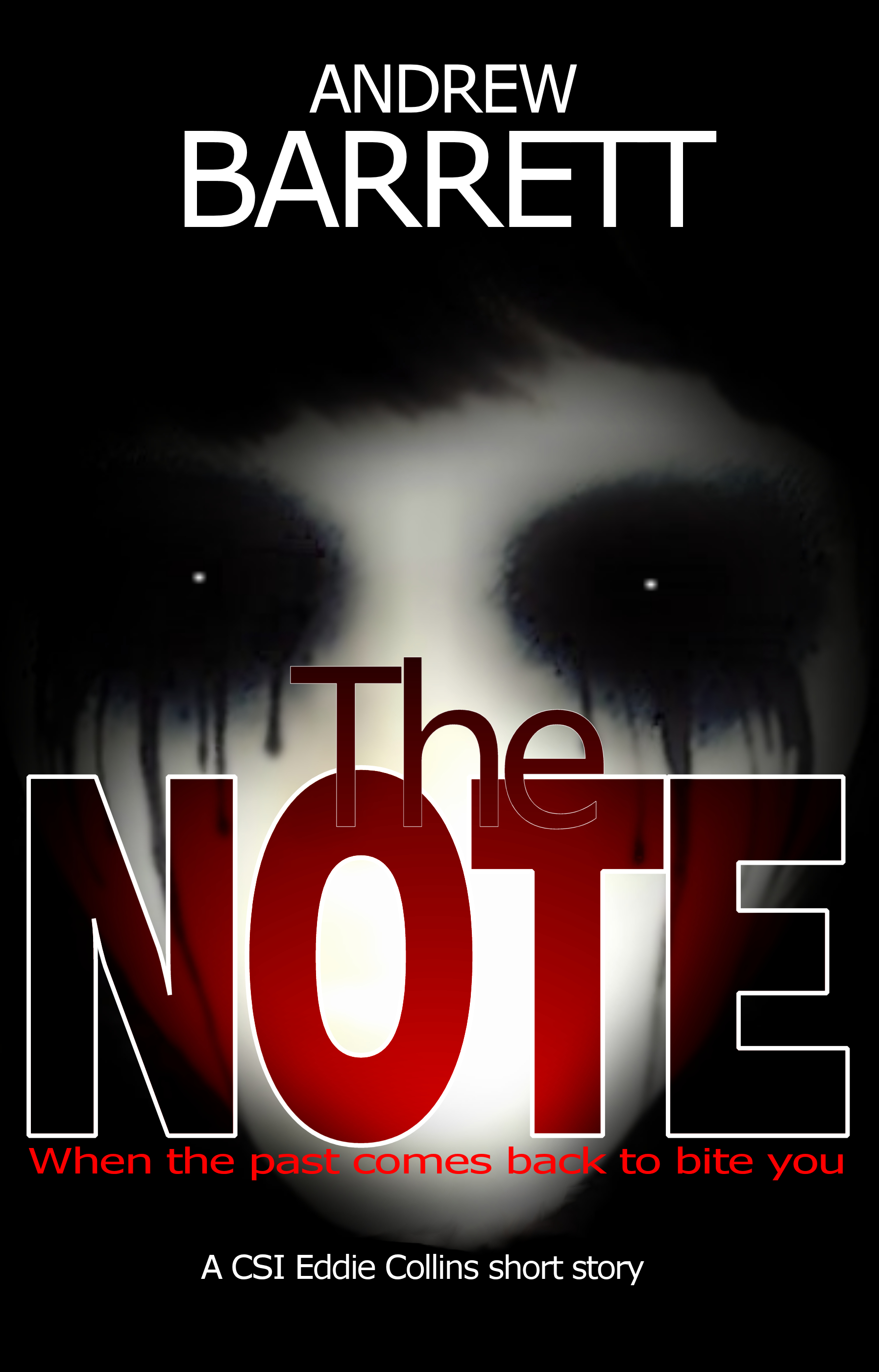 Ever had that feeling of being watched but when you turn around no one’s there?

It was raining, and I was working a murder scene around midnight when that prickle ran up my spine. If I’d listened to that feeling, if I’d thought back to my past, maybe I could have prevented the terror that was to come.

Back at the office, I found a death threat on my desk.

I had no idea who sent it or why they wanted to kill me.

But I was about to find out.

To experience Eddie’s shocking past, buy The Note today.

Buy The Note from your favourite retailer. 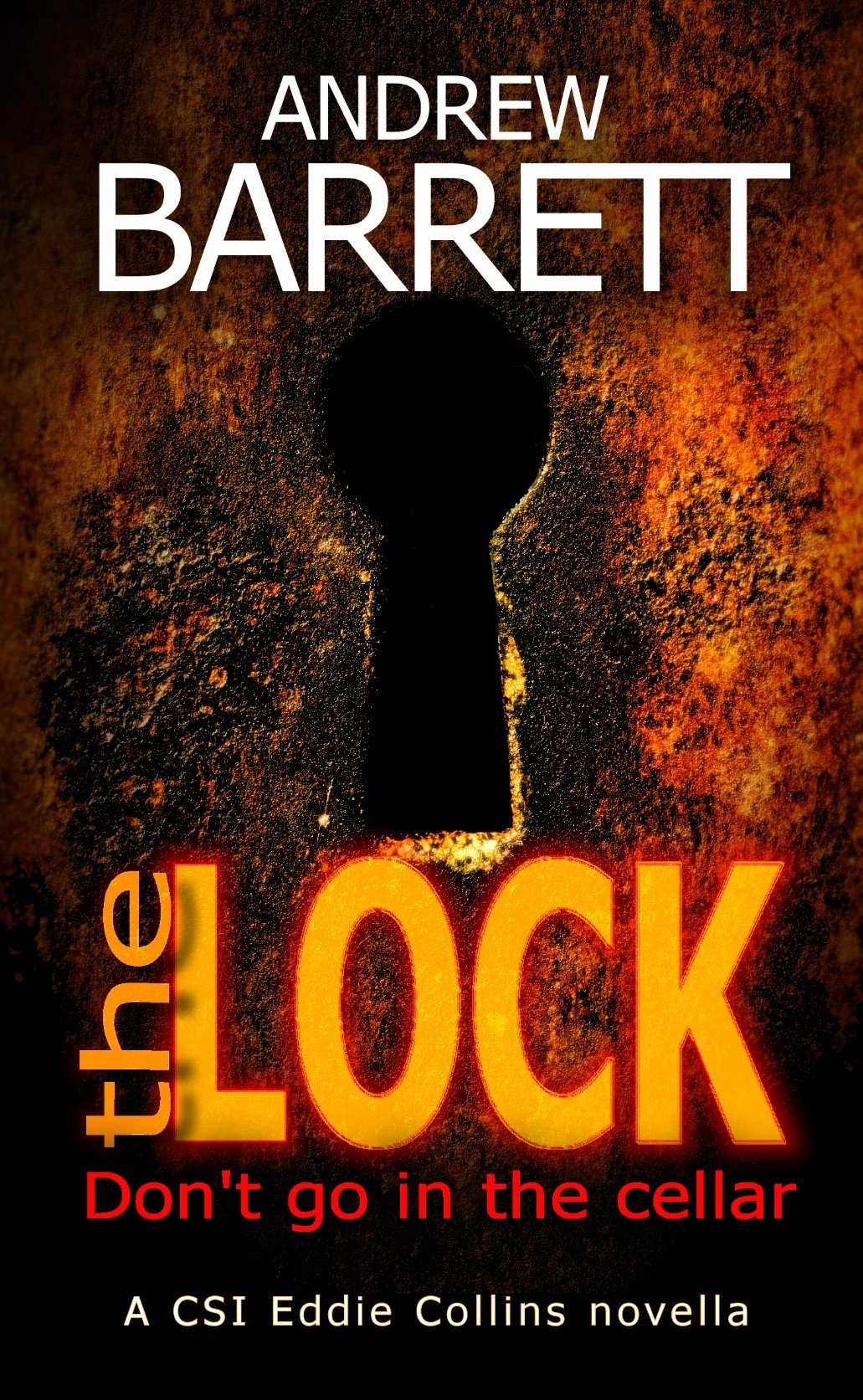 I’m Eddie Collins, a CSI. This is the story of how I saw a dead man die.

I was finishing up at a sudden death in an old house, waiting for the body snatchers to arrive, when I heard a noise from the cellar.

I had time to kill, so I went to investigate.

Turns out I wasn’t the only one with killing on his mind.

If you like fast-paced crime thrillers with a forensic slant, raw emotions, and characters that reach out of the book and grab you by the throat, you’ll love Andrew Barrett’s CSI Eddie Collins series.

To find out what’s in that cellar, buy The Lock today.

Buy The Lock from your favourite retailer. 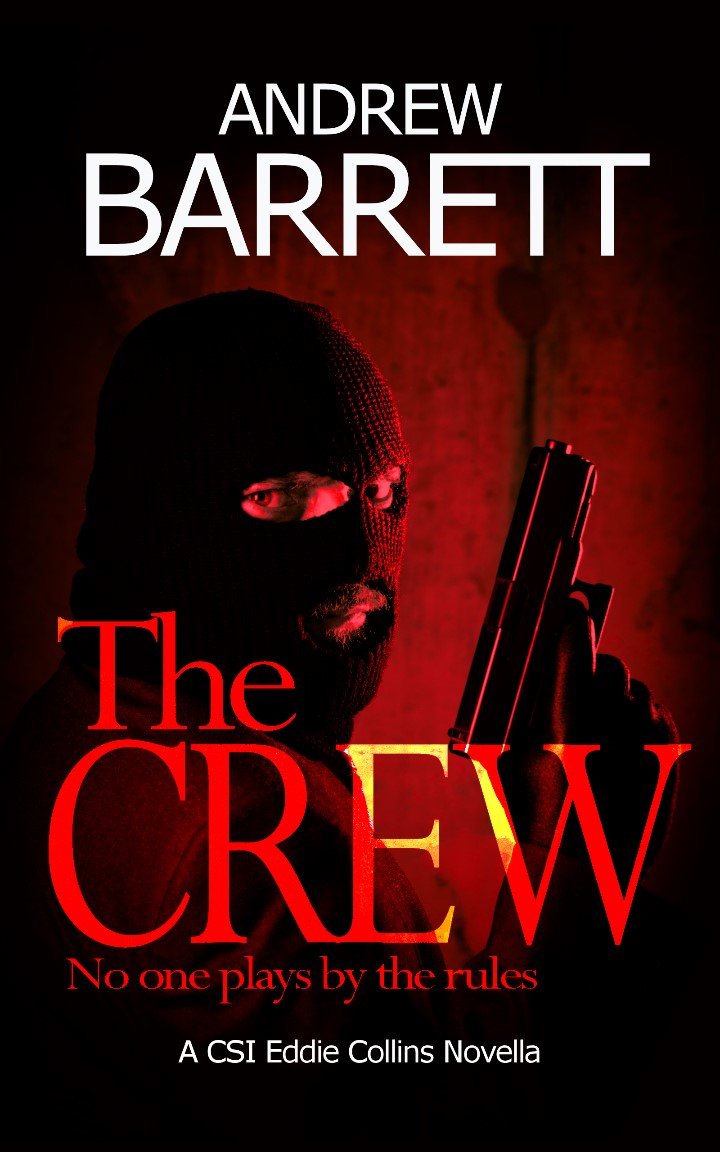 “Sometimes our prayers are not only ignored, but you can hear someone laughing in the background.”

It’s his last shift of the week, but CSI Eddie Collins is examining the scene of an armed robbery at a Post Office. Everything is going well until he finds one startling piece of evidence that turns him into a target.

Nelson is part of a professional gang of violent armed robbers who work their way around the country stealing large sums of cash. The gang arrives in Leeds, and Nelson decides to make changes to their successful formula. His plan is falling into place until he leaves behind a vital piece of evidence at their latest job.

DI Wilbourne is tasked by New Scotland Yard to pursue the gang, to collect and collate the evidence they leave behind. But there’s something strange about him, and it has nothing to do with his dress sense or his nasal hair.

Shannon is an observer, out with Eddie at a Post Office robbery. She’s about to discover that making the wrong decision can be fatal.

This is one job where Eddie regrets having a keen eye.

I stayed up until 4:00 in the morning reading this because I could not stop.

Buy The Crew from your local Amazon.