So where’s the damned book, Barrett?

Several people have enquired about Sword of Damocles, the new Eddie Collins book; how it’s coming along and when I expect it to be released.

2014 has probably been the most tumultuous year I’ve ever had the misfortune to live through. There have been some good bits though, but on the whole it left me feeling quite disheartened, very fragile, and for a time, ill in the mind as well as in the body.

The new year is here now and I can at last look to the future with something approaching a positive attitude. And I can at last begin telling lies through this here keyboard. 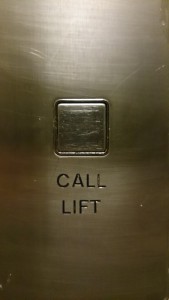 Sword of Damocles is once again under construction, albeit quite slowly. In the meantime I’ve penned a short story entitled The Lift which features Eddie Collins and some of his outlooks on life and the people who insist upon being part of it. Because it’s a short story, it’s compact, his feelings are compressed tightly within the confines of a steel coffin.

Originally I’d decided to do an interview with him since he does seem to have something of a following (he loves it! No, really!), but I wondered if I could tell more about him by putting him in a position of sever discomfort – one where he has to engage with people, especially people he knew he would not like (that’s just about everybody though.). And so, The Lift was born.

I hope to have The Lift out in February, and rest assured in the meantime I’ll continue onwards and upwards with Sword of Damocles. 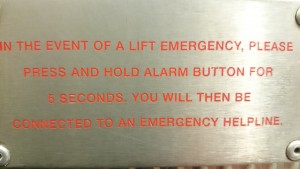