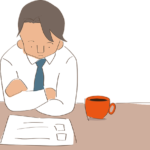 Ideas don’t come to me easily. I usually get a small part of a scene only – I think my muse just likes to see me sweat. From it I have to grow an entire book. It usually happens on the fly too because I’m not good with planning things out. Far too often I’ll put a character into a situation only for something completely different to happen.

Do you remember the scene in Ledston Luck where Eddie stays behind after a briefing to give Cooper a piece of his mind? All of a sudden, out of Eddie’s mouth (not mine) came the words, “You look like shit.” I stopped in my tracks. I hadn’t considered this idea before, but I considered it now. Why would Cooper look bad? Sleep-deprived? Guilt-ridden? Those four words provided a major turning point in that book. Cooper was keeping a secret and it turned out that secret was the foundation of the book. 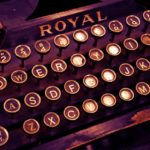 All I had to do was write it.

When they finally come, ideas are great. But execution is key. I think writing a story is necessarily all about filming a conflict. Even if it’s just a game of tiddly-winks, it’s conflict. Who’s going to win – that’s your basic conflict. How does the winner feel? Smug, guilty? Does he lord it over the loser? How does the loser feel? Betrayed, worthless, defeated and beaten, or does he feel angry? And what happens later when they’re standing side by side ready to cross that busy road? How easy would it be for the loser to give the smug winner a quick shove as the van approaches? Voila, you have your story. 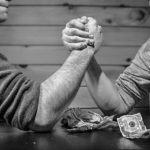 The moment they start getting along and seeing things the same way, that’s the moment their partnership becomes stale to read about. Eddie also ‘suffers’ from internal conflict too – as we all do; it’s called making decisions. And that’s just conflict from Eddie’s perspective; there has to be conflict for the bad guy too.

Keeping an eye on each of these conflicts is the key to good (I think) execution. As a writer, I must balance all these layers of conflict, with their various degrees of intensity or comedy happening at the same time throughout the entire book. And each conflict must be a complete arc too otherwise the reader will notice something isn’t right. They might not be able to put their finger on what the problem is, but it’ll catch their subconscious. And I can ‘see’ these arcs, and I notice if there are unnatural steps or misalignments in them – just a mood change in the character that shouldn’t be there for this layer of conflict to sound unreal. 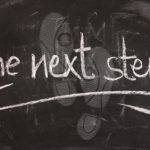 Once you’ve written out each layer of conflict, you’ve inadvertently written a whole book!

Of course there must also be plot points. Born of conflict, the bad guy wants something. How’s he going to get it? He must go through a series of events to reach his goal, and each event must not be coincidental or contrived, but should be natural – even artificially so (coincidence exists in real life, but not in fiction (usually)), and this is where being a pantser comes in to its own. A pantser is a writer who writes his stories by the seat of his pants with little or no planning beforehand. I am a pantser, and my stories grow from an idea and follow plot lines that I believe would happen naturally. Being a pantser allows the story to sprout tangents that might not be foreseeable if I were a plotter – see the “You look like shit” line above. I could never have envisaged that, and the story would have plodded along its predetermined (sort of predetermined – not planned) course – to its detriment, I believe.

My current story is being a pain right now. I know roughly where I want the story to end, but I’m a long way from it. I need to set plot points to get from here to there, I need to envisage scenes, but they have to seem natural. If they’re not, I need to go back and engineer circumstances or situations in order to make sure those later plot points are natural, that this is the only way things could have turned out. 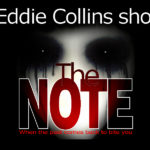 I think character development is a by-product of story-telling. If a writer gets his story and character arcs right, then a character’s development is automatic. I give no additional thought to how my characters have changed throughout a story – just how they feel scene by scene. I concentrate on how Eddie is feeling at the beginning of the scene in The Note where he arrives home. If you can feel his genuine fear of what happens after he opens the door to his house, and write it, sculpting each emotion as required, then you have inadvertently again written your character arc and you’ve developed him too. 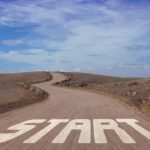 You don’t notice subtle changes in your reflection each day in the bathroom mirror. But pull out a photograph of when you were six years old and compare it to how you look today, and you’ll see a massive difference (unless you’re still six years old!). We see a massive difference in Eddie at the beginning of The Note compared with how he is at the end, while still retaining his core features. And it happened naturally, without my consciously thinking about it.