The Third Rule – Selling my Soul

Just into its third day, so I thought it appropriate to share how it’s doing out there in the big wide world. In two words: very well. In three: very well indeed. 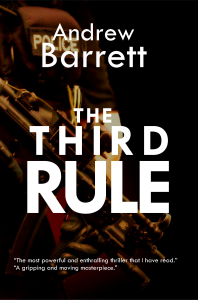 When the Beatles ‘cracked’ America, it seemed the world had lost its marbles. There were scenes of youths passing out after being starstruck, of crowds running to catch a glimpse of their new heroes, of queues a mile long anywhere Beatles merchandise was for sale, or anywhere they were playing.

This has not happened to The Third Rule or to its author.

But in my own small way, I have cracked America. For two consecutive days, The Third Rule has sat on the top step in the Police Procedurals category and briefly peeked inside the elite world of the top 100 overall. So far nearly three thousand people have clicked ‘Buy it now’, and to each one of those three thousand, I say thank you – this little author is indebted. 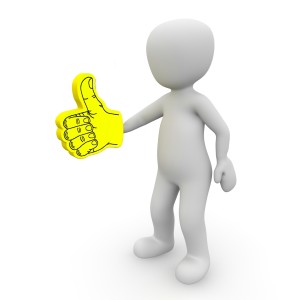 In the UK, The Third Rule has been inside that sub-100 club for several days, and let me tell you, the company here is terrific.

So far the paperback sales have left a little to be desired. I have ordered more than the worldwide public. And I only ordered three! But that’s fine; to know it’s there if anyone should choose is just dandy. It’s a large book (6” x 9”), and it weighs only slightly less than a house. But let me tell you, it looks great on the shelf.

But am I selling my soul? I hear often that people have ‘To Be Read’ books on their ereader that number in the thousands. They see a freebie and dive on it – owt for nowt, eh? I personally hate having a large TBR file because I then feel pressurised by the OCD part of me to clean the damned thing up. But I understand this mentality: there are some wonderful books out there, and the authors are giving them away!

Well, as everyone else who sells their soul, I only hope that some of those books are read, and some of them go on to buy the rest of the books in the series. This has happened, and I pat myself on the back (not easy) for employing such a cunning strategy. And really, with so many authors using this technique, it’s become impossible to break away from it. It’s often the only technique available. 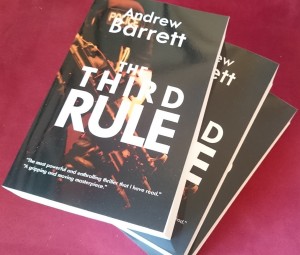 So yes, I am selling my soul, but I hope to spread the word, and I hope that people eventually get around to reading The Third Rule because, like every other author who plies their wares, I put my heart and soul into those words and would love the chance to do more of it.