By now you know what I’m like for following rules. Not too keen – unless they’re necessary. Too many of today’s rules in all aspects of life are there just to confound us, or to delay us, or impede us. Most rules are created by buffoons in their plush offices, so far removed from everyday life that they might actually come from another planet. But some rules are good, right?

When I write, there are some rules I actually try to follow. The Anti-Repetition Rule of 1968 is quite a good one to be aware of. How often, when reading through a first draft, have you seen the same thing twice on a page, sometimes twice in the same paragraph? In a first draft, it’s acceptable – you’re in ‘stream-of-thought’ mode, and everything is acceptable. What’s not acceptable is seeing it in a finished work. The same point made more than once is an indication that the author felt he didn’t quite make the point with sufficient force the first time around so he gives it another shot. If you notice this, then the author did make his point the first time around!

Another reason for this kind of repetition is that he thought of a better/more clever way of putting it across – this tells me that the author couldn’t choose which one to use! Come on guys, sharpen up your act, or you’ll find your book in the ‘Shit’ file on someone’s Kindle. 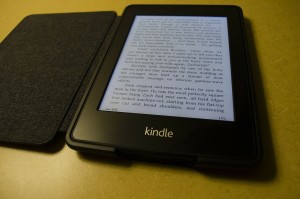 You want more repetition stuff? Clause 2 in the above Rule states that authors must keep the use of name tags to a minimum. How often have you seen a character’s name appear after every sentence they speak? Does it get on your pip? Yeah, me too. Name tags like this should be used sparingly; in fact, you should be able to write a complete page of dialogue and get away with just two tags – one for each of the two characters involved in the exchange. Okay, you could throw in an extra couple just to make sure the reader stays on track, but your characters and their situation should provide sufficient information for the reader to instinctively know who is talking at any one time.

Even now in my own writing I can see repetition, not usually on the same page, but certainly across several chapters where one character is feeling the pain I gave him and simply won’t shut up about it. To those who’ve read it and noticed it, I apologise, and I constantly strive to do better.

The Passive Sentence Act of 1976 states that using passive sentences can seriously weaken one’s prose and should be avoided if at all possible.

Check this out: Most rules are created by buffoons in their plush offices… This would read much better if the author had said: Buffoons in their plush offices create most rules… It’s better isn’t it? Well, I think so. That’s not to say I don’t still use them; sometimes they’re necessary, or they actually read better, or make the meaning you’re trying to get across clearer. All I’m saying is be aware of them. 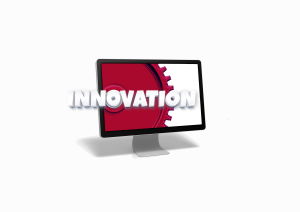 Cliché is always the bearer of bad news. I’ve never known a cliché add something positive to a piece of exposition – except one about the weakness of using clichés perhaps. The only time I will knowingly use a cliché is when it falls from a character’s mouth – and even then it’s there to demonstrate that he’s intellectually challenged and can’t think of anything better all by himself. If I spot a cliché in a sentence, I kill it dead. If I can’t think of a better way to illustrate the point other than use a cliché, I elect not to illustrate the point.

The same goes for originality. Okay, it’s on a much larger scale, but if I can’t find a way to tell a story without using a way that’s already been used, I’ll move along to the next story idea. In the past I’ve come up with a wonderful idea only to learn afterwards that some bastard already wrote it. Nothing I can do about that – no one can ever accuse me of plagiarism. 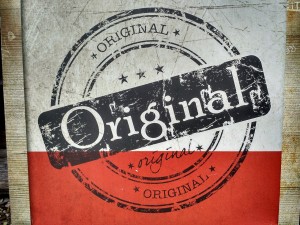 Simile and metaphor. How I adore these two things. They are nearly the same thing – just that metaphor is the big brother of simile. Both can only enhance a story (if used sparingly – come on, not every sentence has to be illustrated with a simile, and not every theme or object has to be broadened or compared by using a metaphor) and draw a reader deeper in to where you lie in wait with your fragment! Seriously, use a metaphor to expand the theme of your scene and it comes alive; it makes showing rather than telling become your natural way of writing. Use a simile to inject a bit of colour in what might otherwise be a dull but necessary sentence too. When searching for them, be very careful not to fall through the trap door into Clichéland.